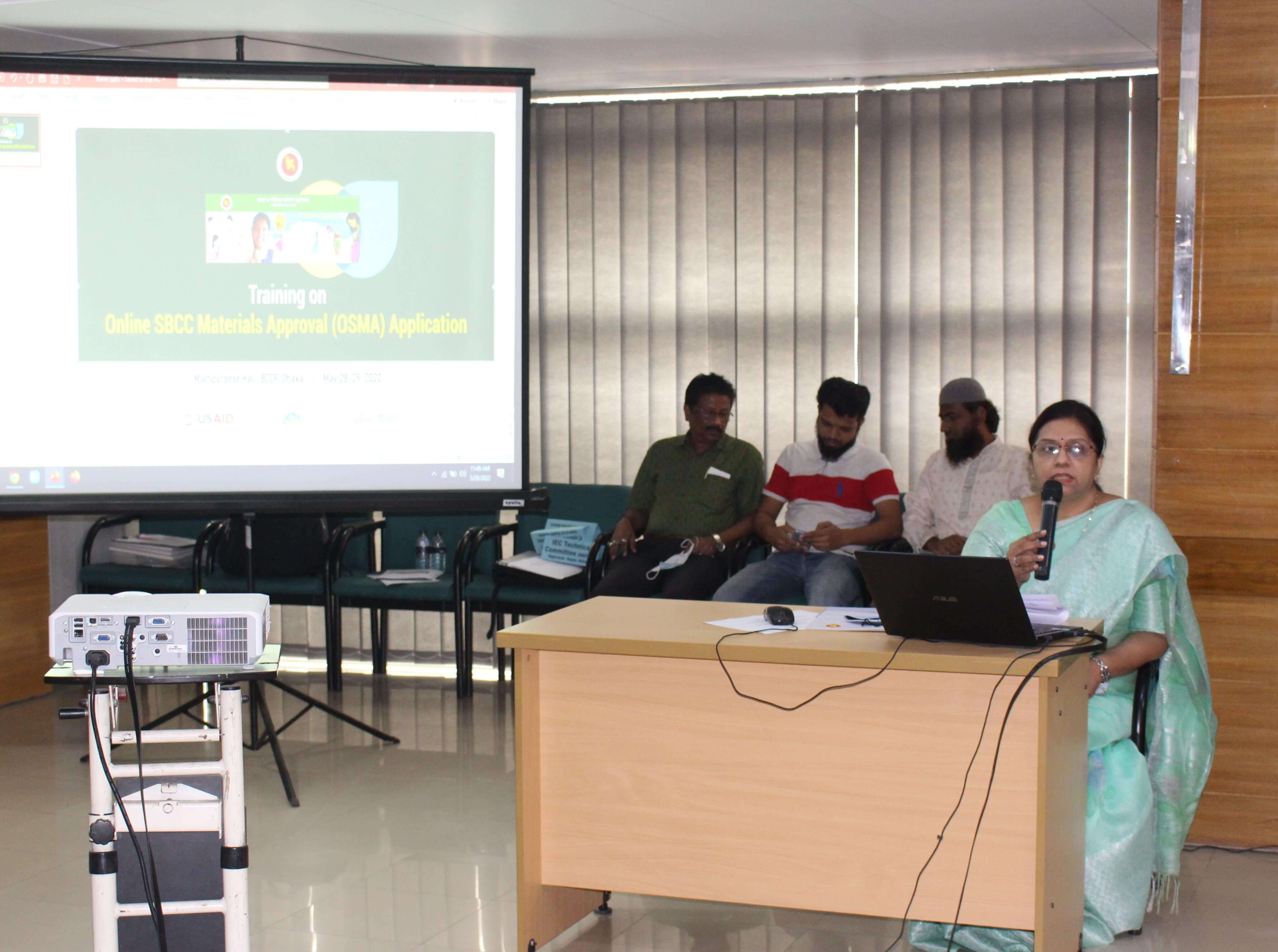 After being test run followed by the practical use by the ministry and its units for three years, the Online SBCC Material Approval (OSMA) software has been formally handed over to the ministry and its units officials. This handing over was made combined with a two-day training of the ministry and unit officials held on May 28-29, 2022. The USAID-Ujjiban SBCC Project provided the technical assistance to the concept and software development followed by the test run and practical use phase which has now been consummated with this handing over process.
The opening ceremony of this two-day handing over event along with the training was inaugurated by Dr. Ashrafi Ahmad, Additional Secretary (ME&FWD), MoHFW attending the event as Chief Guest. This opening ceremony were also attended by Mr. Ahsanul Aziz, Deputy Secretary (Pop.-1), MoHFW and Dr. Shibbir Ahmed Osmani, Deputy Secretary (PH-1), MoHFW as Special Guest.
In her opening remarks the Additional Secretary (ME&FWD), MoHFW emphasized on the importance of the OSMA software which will be contributing 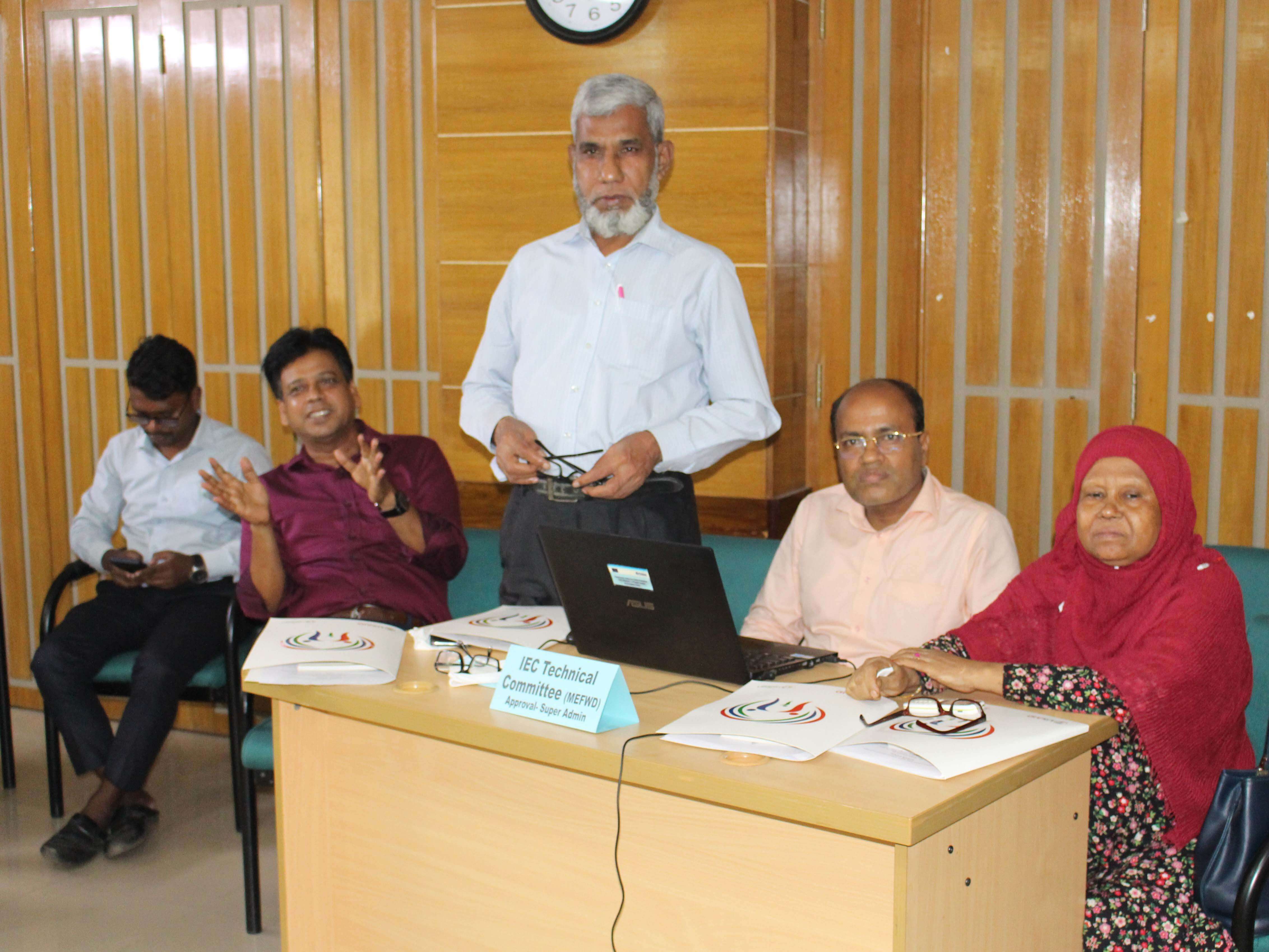 to ensure at least four aspects of the SBCC material development as; 1) instant and quicker submission and approval of the material through online 2) maintain quality of the materials 3) avoid duplication and 4) instant archiving of the approved materials as a national repository. She thanked Ujjiban for their continuous SBCC support to the ministry and the units and made a request to continue it.
Attended by 18 officials represents the MoHFW, IEM unit of DGFP and BHE of the DGHS; this handing over and training event went very interactive going through the combined methodology of the plenary session, open discussion, question-answer, group work and group presentation. In order to make this apps further added with few features for bringing up effectiveness and user-friendliness of the software, the participants made the following recommendations:
- Automated attachment of the attendee list with the minutes will bring a completeness of this document
- Integrate this apps with the GoBs eFiling system to get it further synchronized with as part of GoB’s regular office system 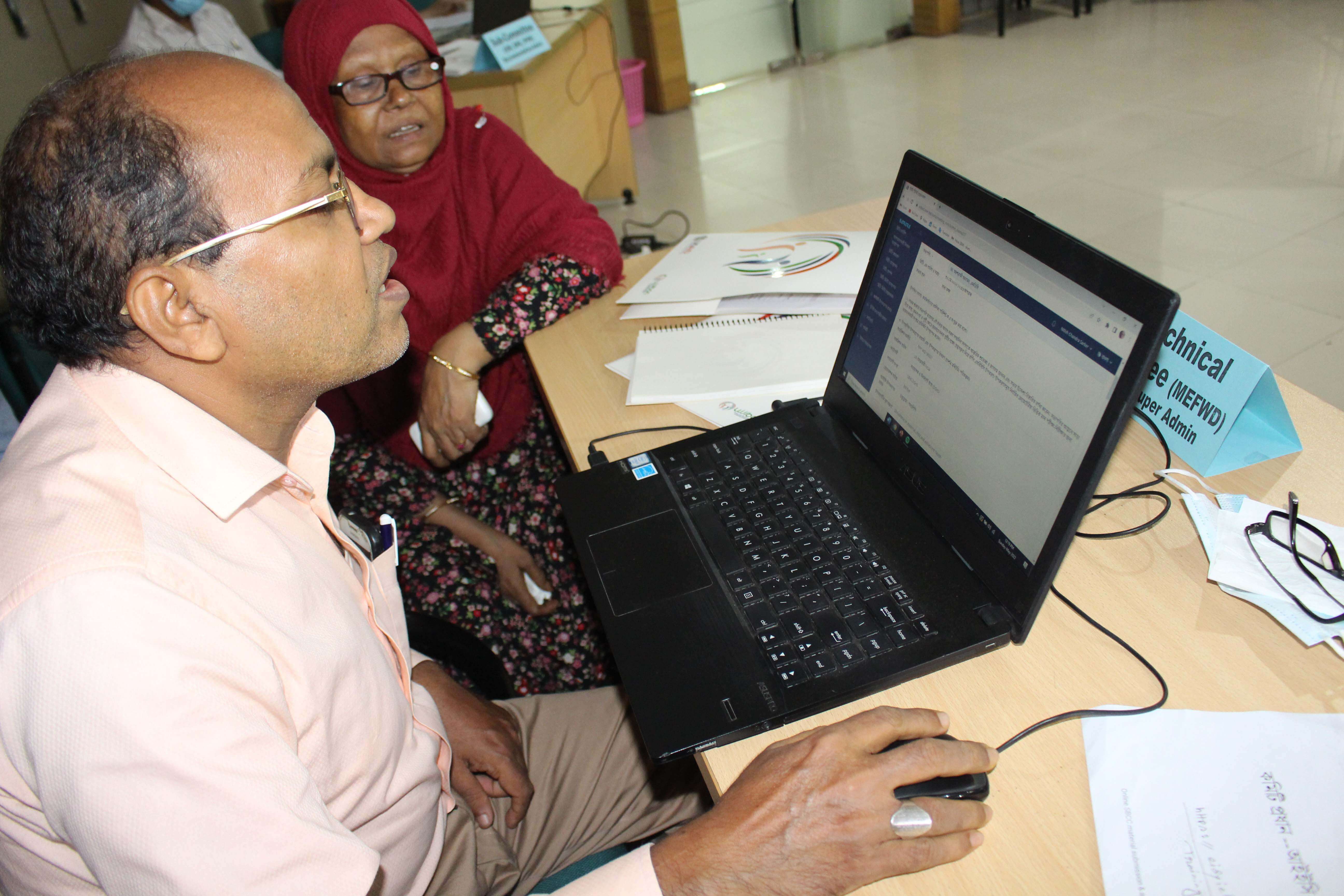 - Make regular updates in the change of names with the change of the members of the IEC Technical Committee
- Automated system to build on into the software for posting of the minutes to went on to the emails of the IEC Technical Committee members.
Ujjiban had their responses over these recommendations that all these additions are possible and will be pursued with the ministry for their endorsement and approval.