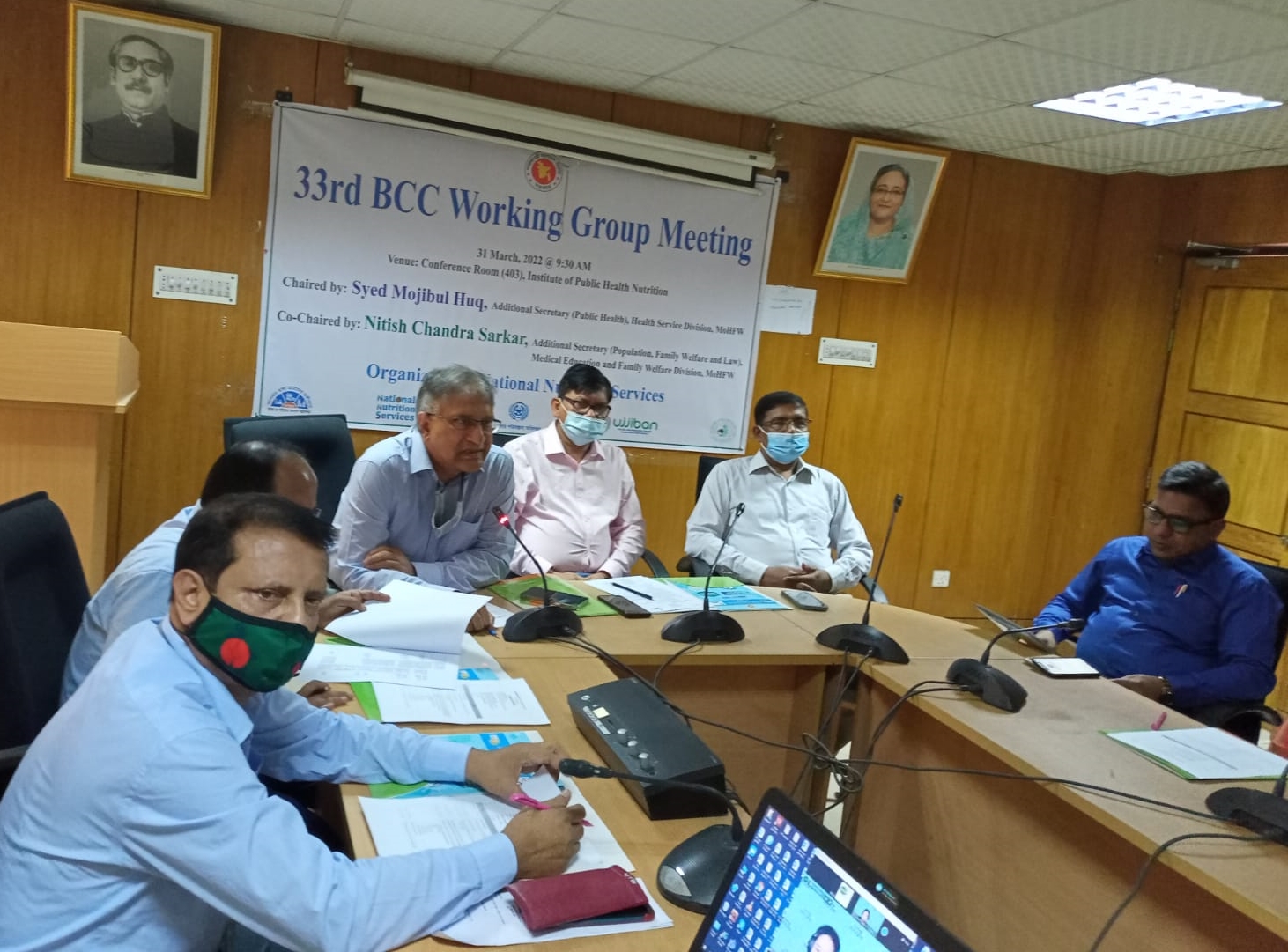 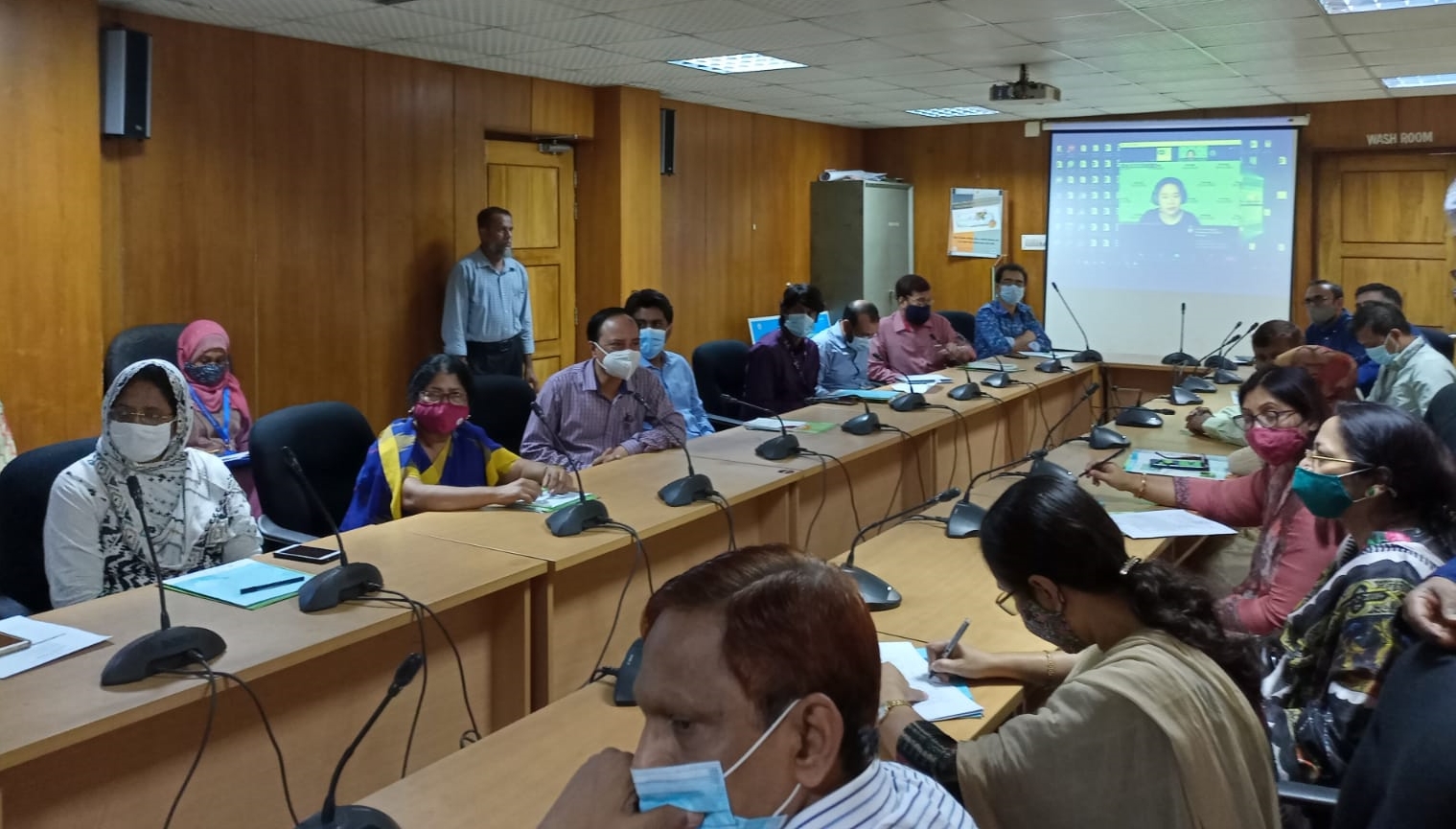 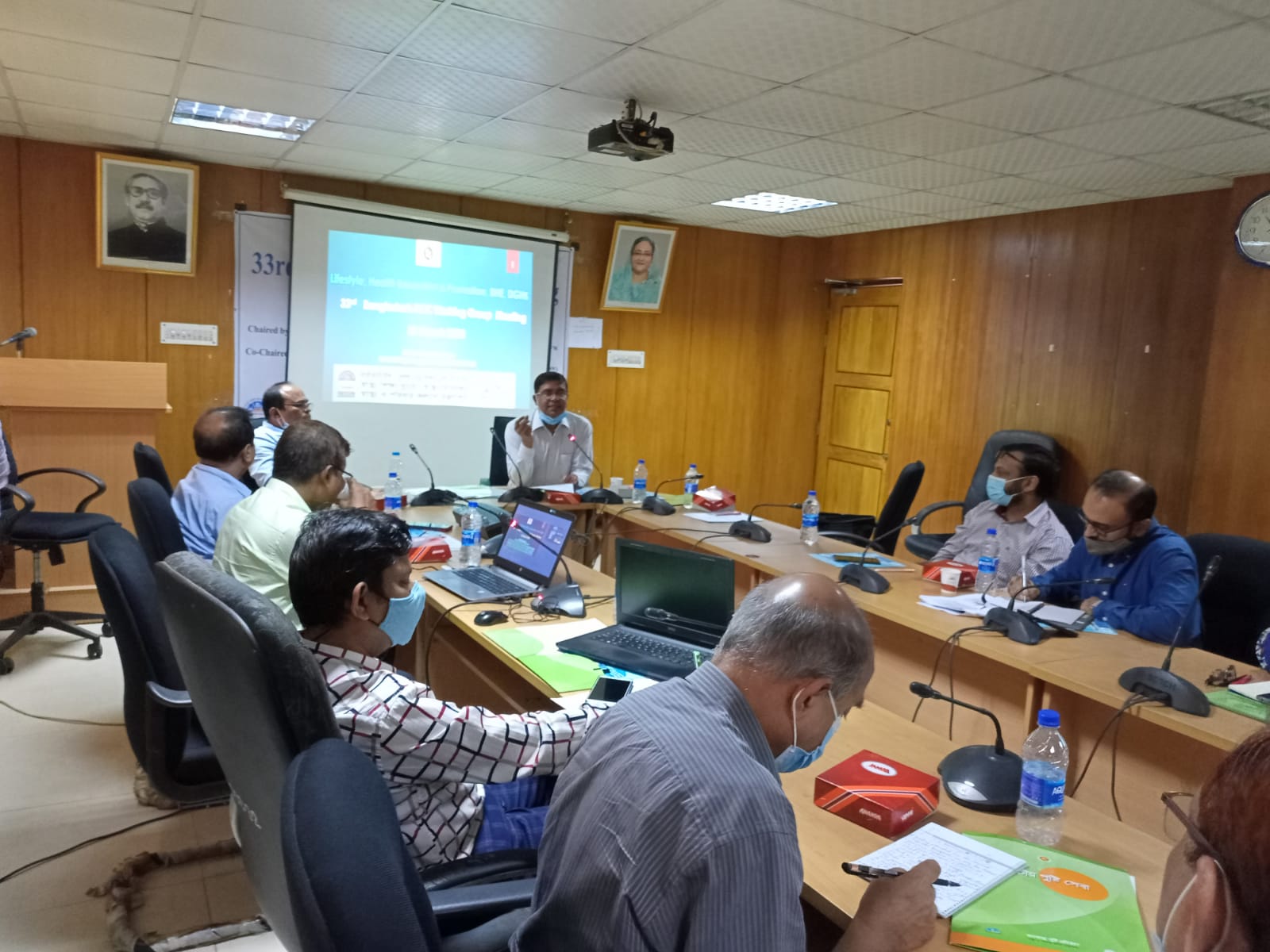 National Nutrition Services (NNS)
- 21 live TV talk show broadcast from BTV on different aspects of nutrition
- 22 episodes of live phone-in program broadcast from BTV on different aspects of nutrition
- An updated version of IYCF brochure developed and distributed
- Observation of World Breastfeeding Week were made throughout 64 districts.
In the conclusion Mr. Nitish Chandra Sarker further reiterated the importance of rolling out of the SHPNE package implementation at the school level and urge upon the GoB units and NGOs to expediate the process of production of the package book and arrangements of ToT. He also emphasized on the activation of the SBCC Coordination committees at the district and upazila level.